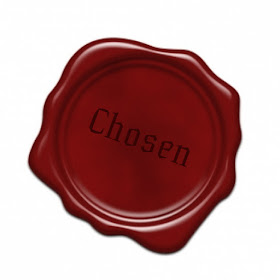 Received anonymously via email at 1:34 PM EDT and published per request. ~ Dinar Chronicles


"Win with humility, lose with grace and do both with dignity."


After this I saw four angels standing at the four corners of the earth, holding back the four winds of the earth to prevent any wind from blowing on the land or on the sea or on any tree. Then I saw another angel coming up from the east, having the seal of the living God. He called out in a loud voice to the four angels who had been given power to harm the land and the sea: “Do not harm the land or the sea or the trees until we put a seal on the foreheads of the servants of our God.” Then I heard the number of those who were sealed: 144,000 from all the tribes of Israel.

My, oh my, what a glorious day the Lord hath made! Can I get a witness? But before we get into today's update, I just wanted to acknowledge all who are suffering today. There are many. And they suffer in many different ways, and they all hurt, seen and unseen, known and unknown, at all levels of pain and agony.

Please know update is being written for you, as your economic suffering will end today, and this community's is focused in collective prayer to unbind your financial shackles until they are broken, as well as any other debilitating aspect of your life--may it be reduced to dust--emotionally, spiritually, physically, in marriage, in family, with your children, for your home… because your debt has been paid and thus burdens are relived. Please give us your pain and suffering now, so God can replace it with love and healing forevermore. Amein and Hallelujah!

Well, final new financial system "ping" signals were sent and received last evening Saturday from Asia, and returned and received world wide well into the early morning Sunday. This means all banks, monetary governance institutions, legal entities and sovereign governments are now current and on the same page, standing on equal audited footing and common gold value system, locked and loaded as one force of truth and goodness that will flow out humanity's mercy from the same exact starting line… not too shabby, right.

Did you know there's a new Federal Reserve Bank in Reno? Well, there's is. However, it's been reformed so not to worry about cabal or corruption. It's clean, and why you'll still be seeing it on your currency bills--at least for a few years anyway. They sent in the Republic's final ping at 2:40am EDT. Ironically, the entire United States Government, every department has been reformed in a similar, absolute but quiet fashion. Crazy I know, but true.

We're told all such pings were completed around 3:30am EDT, and not only is the new financial system "humming hot" now that Tier 1 and Tier 2 transactions have been completed, including the hand helds, but tranches larger than 100T have been zipping through the system in less than minute on average. Yikers, that's a lot money, Batman! Maybe even enough that good ole ZAP will stop begging for milk money? Then again, probably not.

This means Tier 3 transactions (currencies) can begin in earnest and without reversal. Good thing, September ends… which reminds me of a song… https://www.youtube.com/watch?v=GKLntE2Y9dQ… super duper, right! So we're next in line? Yes, but we've heard that so many times it makes one wonder where the line starts and ends, and are we really in the right line to redeem.


In that spirit, let's roll out the "redemption red carpet" one more time because this is really, really, really it… and here's why… 9 represents completion in numerology, and 10 (or 1) represents a new start… this is why the international fiscal year ends in September and begins anew in October. So to must the GCR/RV schedule, as this is a global event that demands a universe completion and beginning time across 209 sovereign nations per the Paris Agreement.

Now there are technically 5 days left in September, however we're told the banks are asking for 6.2 days to redeem… hmmmm… the math doesn't work. however, the first two days of October fall on the weekend (October 1=Saturday, October 2, Sunday), so the actual start of the new fiscal year is October 3= Monday). And since Mercury went direct on September 22, and leaves its post shadow phase today September 25… we're now in an optimal release window.


Yet keep in mind that the international banking week starts at 6pm EDT on Sunday, because that's 10am on Monday in New Zealand, thus if they wanted a full week to redeem all the fiat currencies (Tier 3, and leave themselves 20 hours for reconciliation paperwork) that would mean tonight around 6pm would be an optimal time to start the public roll out of the RV via 800#s.

Whoa… slow down Tiger. Way too much information. Well, let's go back to basics then… where's my RV? And better yet, how much freaking moooo-laaaaaaah am I gonna rake in? And when do I get these damn 800# digits to make my appointment!!??

The correct answer is the RV is here, now, ready… like a party where all the staff and entertainment is waiting for the guests. Your moooo-laaaaaah is settled in a quantum computing satellite somewhere over the Western Hemisphere, connected to the CIPS system and can execute your ledger to ledger transaction in less than a minute. As for how much… well, we're hearing consist reports of two, three and four digit rates on the ZIM with a varying degree of structured payouts. Here's a good link to consider re: ZIM rates: http://inteldinarchronicles.blogspot.com/2016/09/zim-redemption-story-pepper-jack-z.html.

From what we are told by Abbot Downing and Wells Fargo bankers rate really just depends on individual wealth management skill thresholds and belief levels of both in the volume of worldwide money supply and personal worthiness. Meaning, this is kinda historic stuff guys and gals--blank check time, a Tabula Rasa meets Ad Infinitum moment. Look, take your pick of superlatives… we are dealing with unthinkable abundance in real time here, so good luck rationalizing that!

Best advice… just let go and go with the flow. There's no logical explanation that can harness what's really going down. It truly is a transition that includes a brief and simple transaction. It just happens to be for an infinite amount of money. Sobeit. What's for breakfast?

In terms of the 800# digits rolling out to make appointments, we're being told anytime after the UN Security Council Meeting ends on Aleppo, Syria in NYC until sometime before the markets open Monday in China which is 9am CST or 9pm EDT Sunday. Here's a good link to get a sense of things geopolitical: http://tass.com/world/902083.

Syria? Really? Still? Yes. Because Syria, along with Mosul and the Ukraine, is where they've cornered the hard core elements of the military cabal (i.e. the ultimate evil of planet earth). These are the scum bags who were privately embedded in existing radicalized Muslim fighting forces (caliphate) that only know death as a means of negotiation or conflict resolution. And their collective horror must be eliminated before the infinite blessing party is allowed to start (GCR/RV).

Russia and China have cleverly played good cop, bad cop over the last year since Russia entered the military theater in the Middle East. Together, they have have diplomatically, militarily and financially reduced all bad actor nations and individuals into one of three collection pockets of hell. And today they've gone in for the kill through legal measures via United Nations Security counsel, of which both are permanent members with veto power.

They tried negations over the last year, but they all failed to completely resolve the problems, including the latest cease fire treaty which was broken by bad actor factions within the Pentagon; thus legally with a majority of the UN Security Council, they can begin inflicting the necessary and consistent level of force to permanently eliminate humanity's greatest enemy. Ironically, this link just appeared as this update was being written: http://tass.com/politics/902127

And the once invincible US Military has no choice to stand down because without the new financial system hydration, they have no more monetary resource to continue. This is also the case with NATO and EU forces, not to mention all the dark cabal families and their government puppets across Europe, as either all move forward in peace or none shall get access to this Chinese Sovereign gold backed financial system--as decreed and legalized by international treaty, per the 209 sovereign nations inked on the 2015 Paris Agreement on Climate Change.

Whew! Hard to follow I know, but this is your world. So wake up and pay attention!

Now as for the status of the Paris Agreement, they have 60 countries currently ratified and in the barn (they only needed 55), but they need Russia to ratify to put the treaty into force. Russia has a 7.53% carbon emission rating, and the UN needs another 7.5% to cross the implementation finish line. Think Russia knows that? Think China knows that? Think every country in the free world knows that? Here's a link to keep constantly track if you're so inclined: http://unfccc.int/paris_agreement/items/9485.php

The beauty of all of this master planning, in every corner of the globe, effecting every life form on the earth, is that these changes are 100% invisible to the naked eye. Seriously, who could ever imagine such massive changes happening in our lifetimes, let alone see it all play out, and know how each piece fits together in a perfect puzzle of benevolence… it's just overwhelming to think we are loved this much to be rescued form irreversible catastrophe… oh, wait… that's right, it happened once before so they changed every day on the calendar to an A.D. designation versus the existing B.C..

What if the death of Christ was the actual moment when all this GCR/RV stuff started? How cool would that be!? Hey, if nothing else, you'll have a few quadrillion dollars to consider the raw possibility that Yesuha's presence on earth--as God the Creator Father--was indeed fact versus fiction, just like this once impossible "RV story" has now manifested into tangible form. And perhaps, all reading this are indeed members of the 144,000 signed, sealed and delivered by God the Creator Father from the 12 Tribes of Israel.

It's fun to think about anyway. Look, enjoy your exchange. And if you want a last minute refresher course, here's a good link to review before heading into your appointment (great job PinkRoses and Patrick…
http://inteldinarchronicles.blogspot.com/2016/09/redemptionexchange-points-from-yosef.html… another song just came to mind… https://www.youtube.com/watch?v=f5M_Ttstbgs… enjoy… 'cause honestly folks, there's just no more struggle… it's over… and we've all been chosen to do this… and do it now… there is no other explanation.